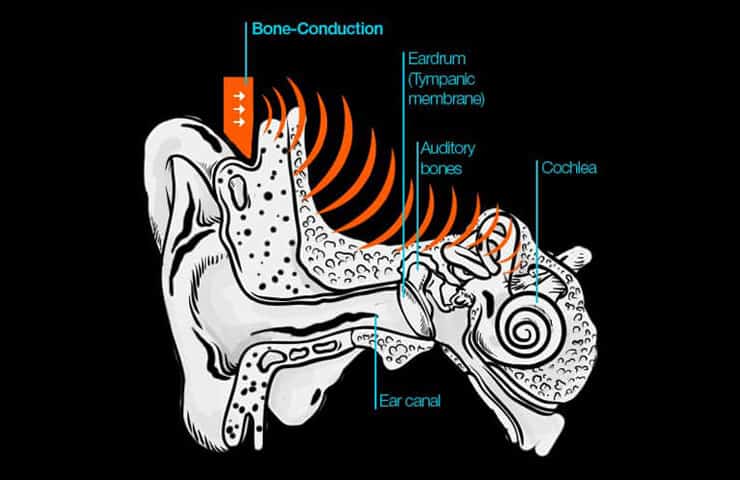 Did you know that using earplugs isn’t always enough to protect your hearing? You don’t only hear sound through your auditory canal. Vibrations are also picked up by your bones and sent to your inner ear through what’s called bone conduction. Bone conducted sound is perceived to be lower and deeper in tone. When the sound through bone conduction blends with the sound you hear directly through your auditory canal, it sounds fuller and deeper. When you hear a recording of your voice, you no longer hear the deeper tone provided by bone conduction. This is the reason your voice sounds different when you hear it recorded.

This is also the reason why wearing traditional hearing protection isn’t always enough to prevent damage. This article that Officer.com wrote talks about a ten year study on police says,

…a study from the Department of Otolaryngology, National Taiwan University Hospital, Taipei, Taiwan, found that even with double ear protection, hearing loss still occurred in about 75 percent of those studied.

Bone conduction headphones convert sound waves into vibrations that the Cochlea receives. While wearing these headphones, sound waves never pass through your eardrums. The main issue with these headphones is they actually vibrate on your head, which can be unsettling. They also lack bass response and volume.

Interestingly enough, hearing sound through bone conduction was first discovered by Ludwig van Beethoven. Due to his deafness, Beethoven found a way to hear music through his jawbone by biting his piano. The patent for the first bone conduction listening device was registered in 1924 by science fiction writer and inventor Hugo Gernsback. His device used rubber plates that gripped to your teeth.