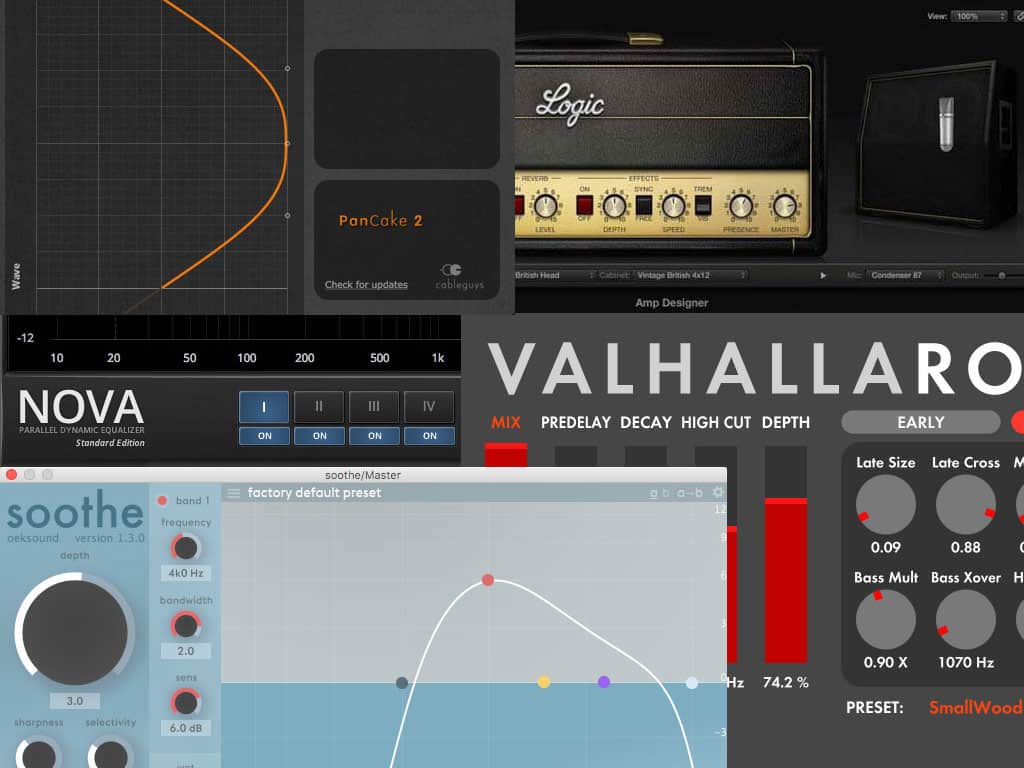 We’ve all heard of the more commonly used audio effects, compression, chorus, reverb, delay… You get the idea, but what about the ones you repeatedly skip over when scrolling through your list of plugins? The ones you don’t see a million YouTube tutorials on because they’re just not as cool or fun. Does that mean they aren’t as useful?

I’ve always had a hard time branching out into the unknown, changing things up, altering my workflow, and trying to implement new techniques and tools. This has been a constant struggle. I’ve had to force myself to use techniques and work with tools that I haven’t used before or that I’m not as familiar with. This is the only way I’ve been able to grow and expand my palette. It took me way too long to start using some very powerful tools just because they were foreign.

Don’t make the same mistake as me!

You can read the first part of the series here,
https://audiohertz.com/2018/04/05/audio-effects-plugins-youre-not-using-enough/

Here is my list of 5 effects you’ve probably heard of but don’t use enough.

Say it with me,
“Sally sells seashells by the seashore.”

Now say that into a microphone five times fast without a de-esser, and you’re likely to hear a lot of sssssssss poking out of the speakers. Are you wondering how professional engineers and producers get such smooth vocals? Well, besides having a great vocalist, microphone, preamp, compressor, and EQ, it’s also getting rid of those sssssssss’s with a de-esser!

A de-esser is basically a compressor that’s sidechain input has a very sharp bandpass eq. Most de-essers allow you to change this frequency, and you’ll need to adjust it depending on the vocalist. Each vocalist will sssssssss at a different frequency. Vocalists with a higher-pitched voice are going to sssssssss at a higher frequency than a vocalist with a deeper voice. The sssssssss is most commonly somewhere between 3500-7000 Hz.

The most effective way to set a de-esser is to monitor the side chain input. Most de-essers allow you to listen to what the side chain input is being fed. Highlight and loop a section of the vocal where there is a very noticeable sssssssss. Now while listening to the side chain, sweep through frequencies and figure out where you hear most of the sssssssss poking out. Now switch back to monitoring the regular output and adjust your threshold to taste. Another extremely effective method for de-essing a vocal, albeit extremely more time consuming is manually locating all of sssssssss on the track and lowering the clip gain. This method takes time and isn’t possible in certain scenarios, which makes a de-esser a lifesaver.

These short reverbs often go overlooked… but start looking down (bad short joke) because they can be extremely useful. Short reverbs are more often felt rather than heard. When you think of reverb, you’re probably more likely to think of a nice long-tailed vocal reverb from one of your favorite slow ballads. Short reverbs are not that. I like to think of and use these more as room simulators or vibe injectors. You can get great sounds from short time-based effects without having to push the sound too far away.

If you solo a short reverb, it might not feel dramatic enough, but when you put it on multiple sources and listen to the mix, you’ll notice things tend to gel better. I’m an avid practitioner of using reverbs and delays to put instruments in a similar space. In my mixing template, I have a room reverb on a bus, and I like to send multiple instruments through it. I”ll mix the return in slightly, which adds a nice gluing effect. I like to think of this technique as giving myself the ability to put these sounds in the same room, which makes them feel and sound more familiar to the listener.

Speaker simulators are an effortless way to alter the tone in exciting ways. Along with affecting the tone, it also helps put the source in a different space, which can help seat these often sterile samples in a mix better. Most DAWs include stock speaker simulators that you can throw on and run through dozens of different speaker types, cabinet models, and microphone impulse responses to choose from.

Slap a speaker simulator on one of your tracks, go through some of the presets and see if you like what it does. You might not end up using it every time, but there’ll be a time when it makes everything better.

Get those tracks moving!

I’m a big advocate of adding movement to mixes in very subtle ways. These small fluctuations in volume and rhythm add up to create a push and a pull effect that can significantly enhance the groove of a song.

You can check out an example in this quick tip video on the Audio Hertz YouTube channel.

There are many ways you can make things move in your mixes, but one of my favorites and most often used is auto-panning. Automated panning is a great way to spice up your production and keep things interesting. If you’re like me and you don’t like to get too drastic with panning, most auto-panner plugins have a wet/dry knob that makes it easy to dial in the intensity to taste.

I probably still don’t use dynamic EQs enough. I learned this craft mostly in analog studios where dynamic EQs weren’t used. Dynamic equalizers didn’t exist until not very long ago. Plugins made it possible so everyone can now have a dynamic EQ at their fingertips. There’s even a great free plugin from developer TDM called Nova. That’s right, what wasn’t even a thing 20 years ago is now available to everyone with a computer and a DAW, for free.

I think one of the more difficult parts of getting in the habit of using a dynamic EQ is recognizing when’s a good time to use one. Oftentimes I’m used to grabbing something else to fix an issue that could be fixed more effectively or efficiently with a dynamic EQ. There are a million ways to skin a cat in this game.

One great way of using a dynamic EQ is when you have two instruments or tracks clashing. When this happens, standard EQing will completely change the tone of whatever you’re working on for the entirety of the song. By using a dynamic EQ, you’re able to sidechain the conflicting track into the main track. You can then set the EQ to cut a specific band of frequencies only when the other track is playing. This technique leaves the tone exactly the same except when the conflicting track is playing with the main track.

Make sure you’re always pushing yourself to work in situations that make you uncomfortable. Adding new tools and using techniques that aren’t familiar can be scary, but ultimately, it will make you a better audio engineer and producer.

Now go try some of these effects out, and let me know how you’re using them in your productions. Did I miss anything? Are there some effects that aren’t on this list that you think engineers and producers don’t use enough? Reach out to me on Instagram or Facebook and let me know!

Related articles:
5 things they don’t teach you in audio school
20 quick and easy tips that will improve your productions
5 mixing mistakes that I used to make… and how to avoid them
The “your mixes sound bad in the car” phenomenon