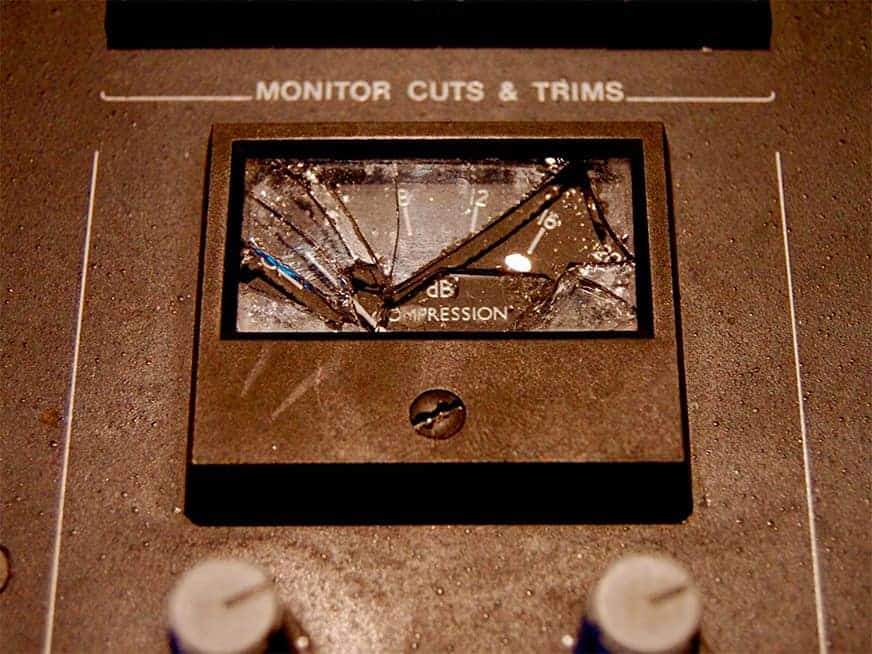 We’ve all had embarrassing moments in the studio. From an intern to lead engineers, everyone royally messes up sessions in significant ways, from recording over that perfect take to dropping a microphone worth more than a car. There are so many different ways to make mistakes while recording that I’m surprised I don’t mess up more often.

We’ve all had embarrassing moments in the studio. From an intern to lead engineers, everyone royally messes up sessions in significant ways, from recording over that perfect take to dropping a microphone worth more than a car. There are so many different ways to make mistakes while recording that I’m surprised I don’t mess up more often.

I’ve had my fair share of accidents, way more than I’d like to admit, but for the sake of the enjoyment of others, I will.

Although a studio environment does not have to be stressful, it can be, and a lot of times, it is. If there is a big session or high profile client, there’s a lot of pressure on the engineer to make sure the session not only flows well but is executed perfectly, both artistically and technically.

There used to be a time when the engineer didn’t have to worry about running the tape machine or setting up the microphones. This freedom allowed the engineer to focus on the more essential things like the sound. Well, not anymore. Today, engineers do everything, from managing the studio to cleaning the bathrooms. We do it all. I enjoy this aspect of it, I like doing a lot and not having to rely on others to move microphones around, but it also leaves more room for error.

I hate messing up. Like really hate it. I still cringe while thinking about some of the things I’ve done over the years. Hell, thinking about hugging the wrong dad when I was three still sends shivers down my 30 year old spine. I’m not sure if anything is worse than when I was about a year into my internship and was asked to run a session of my own.

We have a very informal internship policy at Sabella Studios; we welcome anyone that wants to learn and is willing to lend a helping hand and rarely turn people away unless they are a distraction. It was my third year of college, and I had been hanging around the studio and helping for some time. I had been asked to be the lead engineer on smaller sessions such as short piano/vocal sessions or rap/hip hop vocal sessions. These were sessions that were more straightforward and hard to mess up. Or it should have been…

At this point in my career, I’d probably only run a session on my own a few times before, but I was asked to record a rapper who just needed to book 2 hours. Simple enough, I thought. I got everything ready, set up the microphone, set up headphones, created a new Pro Tools session, set the preamp, checked to make sure I was getting signal, and patched in a compressor and an EQ. I was all set for when the client arrived, and when he did, we greeted each other and had him settle in the live room. I had him begin running through a warm up take so he could practice and so I could get sounds.

The problem was everything sounded way too echoey, but I didn’t have any reverb turned on yet. Maybe I had something patched in I wasn’t supposed to, or maybe the compressor was crushing it or not set correctly, or maybe there was a bad cable. After frantically searching for the source of the problem for the next three and a half minutes while the artist ran through the song, I still couldn’t figure it out. After finishing that pass, my client motioned to me that he was ready, and I gave him the okay to give it another run through, which would give me another three and a half minutes to try and figure out what the hell the problem was.

The artist was now about to finish his second pass, and I still couldn’t figure out why it sounded like the microphone was 50 feet away from his mouth when I could see he was singing not even 6 inches from the capsule.

Just as the client finished and said: “That take was perfect!” I realized what I had done wrong when I noticed the microphone’s Neumann logo plate was on the side facing the control room. I had the microphone facing the wrong way.

I learned a few valuable lessons that day. The first was that on large diaphragm condenser microphones, companies would usually put their logo on the front pointed on axis. If you don’t see the logo, it’s probably pointed the wrong way. The second thing I learned was to be humble. If you had told me 5 minutes before I had done it that I should make sure the microphone was pointed in the correct direction, I would have said. You’re crazy. I knew everything already! Well, that day, I got fed a big ol’ slice of humble pie.

Even while I run sessions and consider myself experienced, problems happen all the time. The difference is I don’t panic and have become very good at troubleshooting an issue as it arises. Troubleshooting is a part of working in audio, and if you want to do this, you should get used to it. I always try to think about problems and how to fix them analytically. I’m much better now, but back then, if one thing went wrong, I would be sent into a downward spiral of anxiety and fear, and it was tough to regain my composure.