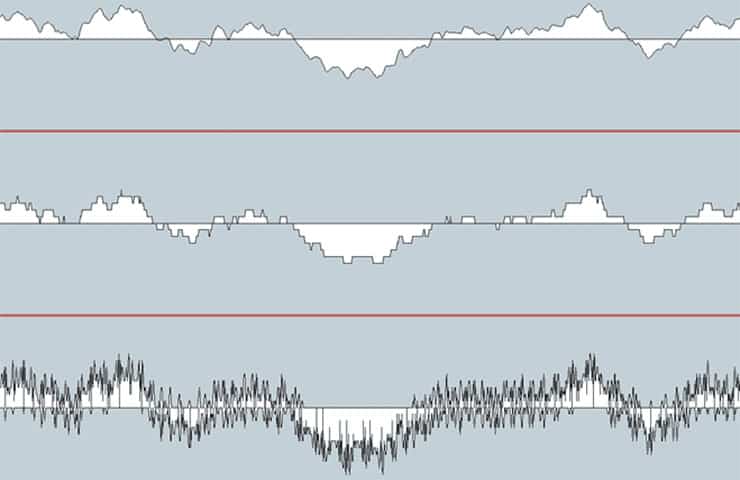 To dither or not to dither that is the question…

The real question is how far down the rabbit hole do you want to go? I’m sure there are plenty of incredibly talented engineers that produce exceptional sounding music that doesn’t know the first thing about dither. Dither isn’t going to make or break you, and even the most technical engineers will tell you that when working in 24-bit fixed point, the majority of people aren’t going to hear a difference. But the difference is there, and in our world, we are trying to accumulate small wins that will increase the quality of our work. Individually these changes don’t make a huge difference, but as they accumulate with other small victories it can start to make a dramatic difference and ultimately becomes what sets a good engineer from a great one.

Unfortunately, there is a lot of misinformation out there on dither. It’s much more difficult than it should be to figure out what the hell dither is if you should use it, and why. I like articles that get straight to the point and can sum up the topic in a practical way, quickly, efficiently, and without getting too complicated.  is how I prefer to look at the technical details of audio.

The truth is there is nothing I’d rather talk about less than the technicalities of digital audio, file formats, truncating bits, zeros, ones and the rest of that nonsense. Unfortunately, as an audio engineer and music producer, we have a responsibility to learn new technology if there is a chance it can improve the quality of our productions.

Dither is a specific type of low-level noise that is added when converting the bit depth of an audio file in order to reduce quantization distortion.

Why do you use dither?

Dither is required when reducing the number of bits in an audio file to help mask any quantization errors. Dither works by randomizing the quantization errors; the added noise has the effect of spreading the errors across the audio spectrum which in turn makes them less noticeable.

If you’re converting a file from 24-bit to 16-bit you need to get rid of or truncate the 8 extra bits of information. The truncation of bits causes quantization distortion which can cause the audio to sound brittle, and gritty, as well as shrink the stereo image. A music file that was correctly dithered compared to one that wasn’t is night and day, as the correctly dithered version will always sound better, even to untrained ears.

To hear what truncation distortion sounds like you can watch Ian Shepards video “Dither or distort? Listen and decide for yourself”

Should you be using dither?

A lot of people say only dither once, dither is noise, and we shouldn’t constantly be adding noise to our audio right? Well, accomplished mastering engineer Ian Shepard of http://productionadvice.co.uk and The Mastering Show Podcast says  “After all, it’s just noise – and very quiet noise, at that.” Quiet noise never hurt anybody but hearing the effects of quantization errors can be quite jarring and painful. In order to minimize quantization errors that are introduced when converting fixed bit depth audio files, you should use dither every time you process a file in your DAW (more on this later).

All modern DAWs process and calculate in 32-bit floating regardless of the source bit depth. This means that bit depth conversions are happening every time you process the audio in any way like freezing tracks, bouncing in place and consolidating regions. To my knowledge, most if not all DAWs are not adding dither automatically, which means that bits are being truncated every time these processes are happening. You can prevent any conversion or need to dither entirely by always working in 32-bit floating. I would even recommend sending a 32-bit floating wav file to your mastering engineer and leave the dithering to them. You won’t need to dither until you finalize your master into a fixed point bit depth.

Even though when working at 24 bits the audible artifacts of quantization errors are negligible, by working in 32 bit floating we can eliminate the need to add dither during mixing and leave the one-time decision to be done in mastering.

Related articles:
20 quick and easy tips that will improve your productions
5 mixing mistakes that I used to make… and how to avoid them
Things I wish I learned sooner about audio engineering
The “your mixes sound bad in the car” phenomenon 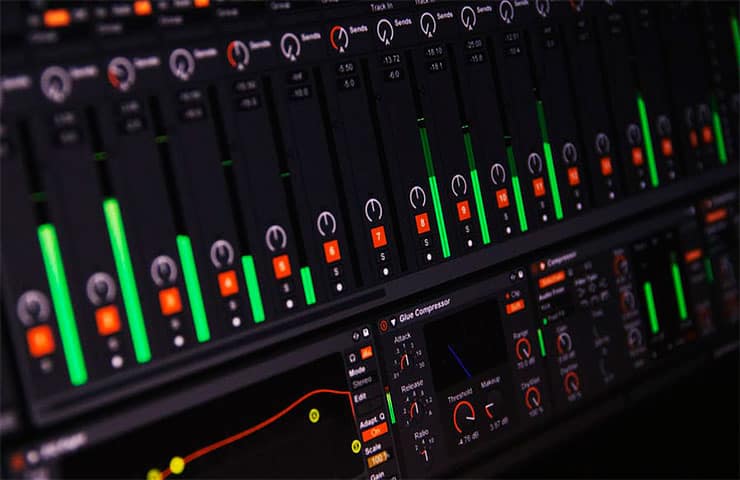 After having this discussion and then immediately seeing this tweet from accomplished Brooklyn based producer Andrew Maury, I knew I had to finally figure out what the hell it was and if I should be using it.

The Wikipedia article tells us it’s,

A computer number format that occupies 4 bytes (32 bits) in computer memory and represents a wide dynamic range of values by using a floating point. In IEEE 754-2008 the 32-bit base-2 format is officially referred to as binary32. It was called single in IEEE 754-1985. In older computers, different floating-point formats of 4 bytes were used, e.g., GW-BASIC’s single-precision data type was the 32-bit MBF floating-point format.

Alright, well, that about wraps it up… That was almost too easy. Ha. Ha.

Let’s start with the definition of bit depth because I know that one, and it’s not too difficult to understand. Bit depth is what decides the dynamic range of an audio file.

So it turns out the reason no one knows what 32 bit floating is… is because it’s kind of pointless for most engineers even to bother worrying about it.

A video on the Reaper blog is one of the only sources I found that explained 32 bit floating in a practical way. This explanation is easy for a person that doesn’t like spending his time thinking about digital signal processing anymore than he has to.

So… 32 bit floating is a 24 bit recording with 8 extra bits for volume. Basically, if the audio is rendered within the computer, then 32 bit floating gives you more headroom. Within the computer means things like AudioSuite effects in Pro Tools and printing tracks internally. So say you decide to print a compressor, and the output level is peaking badly… If you are using 32 bit floating, you can bring the level down and restore the headroom so the file won’t be distorted. If you were recording to a tape machine, this wouldn’t be impossible. You can’t just record a bass that’s clipping and restore the headroom afterward. The benefit of 32 bit floating is when processing internally, BUT the downside is the files it creates are 50% larger than standard 24 bit audio files.

Most experienced engineers don’t need to worry about headroom as they probably already know how to make sure levels are never clipping when they aren‘t supposed to be. This article from ask.audio says 32 bit floating will also help reduce unnecessary noise introduced by AudioSuite dithering and rounding errors during signal processing in Pro Tools.

Maybe I’ll write an article in the future where I run some tests to see if there is a noticeable difference between AudioSuite effects processed with 24 bit and ones processed with 32 bit floating.

Update: Most DAWs process in 32 bit floating therefore, if you are processing any audio, it is converted to 32 bit to be processed and then converted back to 24 bit. If conditions permit, it is best to work in 32 bit floating all the way through until mastering to avoid any unnecessary conversion artifacts. Once the project is mastered, you can have the mastering engineer convert the final audio file to whatever sample and bitrate you need.