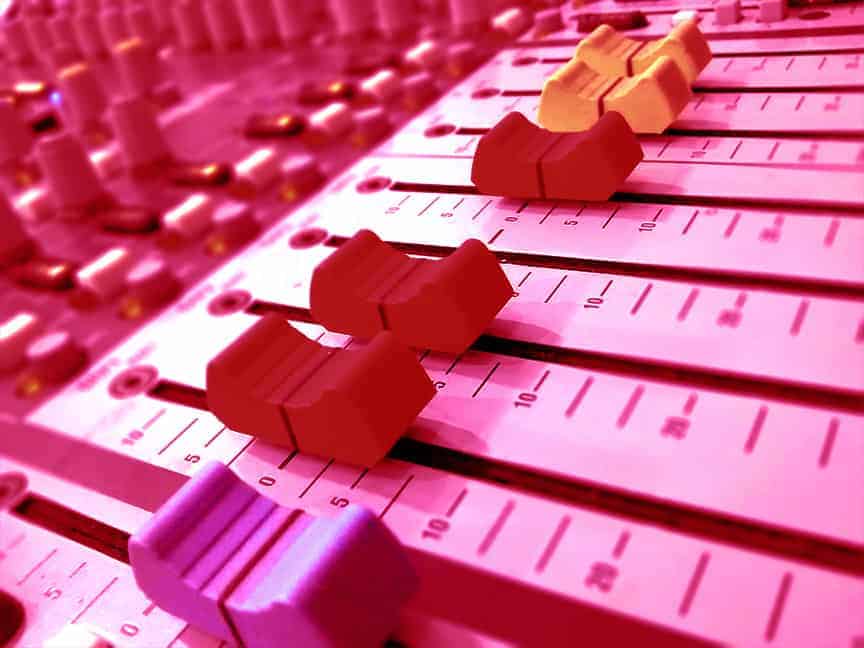 You’ve probably used your favorite commercially produced song to check mixes and reference overall levels but have you ever tried using pink noise? With this trick, you’ll use pink noise as a reference to check your tracks and make sure the overall balances are relatively even. You may be thinking this sounds crazy, and there’s no way it could work but read this article then try it out yourself, and if you’re still not convinced, then you can move on with your life and never think about this again. Regardless of if you end up using this trick ever in your mixing process, there is something to learn from why it works and how we can implement these types of things into our mixing workflow.

Can this quick and easy yet powerful trick save you time on every mix?

If you’re like me, then you’re always trying to figure out ways to get to the fun stuff faster, like adding compressors, reverbs and automation. The pink noise trick isn’t perfect, but it does help establish a basic balance of all the tracks quickly and easily which gives you a good starting point to further develop your mix.

What is pink noise and why would we decide to use it as a reference?

Pink noise is a generated signal used for audio measurement. The significant difference between pink noise and other noise is it reduces in amplitude as the frequency increases which takes psychoacoustics into account. Every octave up is half the amount of the one before it. This allows the human ear to perceive every frequency as balanced, so every frequency sounds like it is the same volume even though it’s not.

If you look at pink noise through a spectrum analyzer, the shape is very similar to that of a well mixed modern pop song. This is likely the reason it works. When looking at the analyzer, you can see with both examples the low frequencies start off the most prominent and then taper down the rest of the way which is essentially what pink noise is. If we reference with it we can get the same desirable frequency curve on the spectrum analyzer that we also see in a well mixed pop song.

The trick is pretty easy and painless. I’m sure many of you might even argue that depending on the number of tracks, this trick is likely to take longer than just mixing it by ear. If you feel that way, then this trick probably isn’t for you, and you can disregard everything you read so far and move on with your life. This is for the people that want a useful trick that will teach you a few things.

This trick won’t get you the most exciting mix, that’s not the point. The point is for you to be able to achieve a roughly balanced mix quickly and with little to no worry about room acoustics, monitoring and other factors that can negatively affect your mix decisions.

Related articles:
5 mixing mistakes that I used to make… and how to avoid them
How to calibrate your studio monitors
Things I wish I learned sooner about audio engineering
The “your mixes sound bad in the car” phenomenon 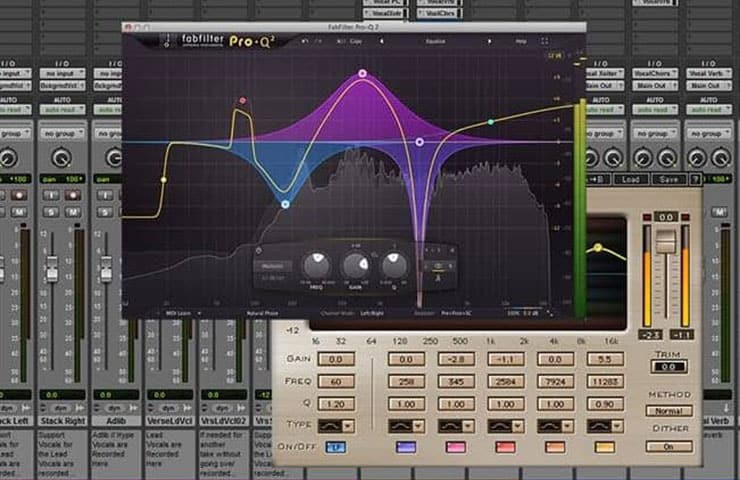 A minimum phase EQ is just another name for your standard, everyday equalizer. Your Neve 1073, API 550, your Pultec EQP-1A. All of these equalizers experience phase shifts due to the latency created from changing the amplitude of specific frequency bands. This latency or delay of the frequencies causes what’s known as phase smear. Smearing leaves audible artifacts in the signal which can be undesirable. Many times you can’t hear smearing at all, other times you may like what it’s doing, but in different scenarios, you may want an equalizer that keeps the phase consistent (more on those later).

In the analog world, phase smear was just something that product designers tried to minimize or mold into something that sounded pleasing. In the digital world, all bets are off. When plugin coding and processing power started to become more advanced, developers realized they could finally do what engineers have wanted to do this whole time. Linear phase equalizers are impossible in the analog world, but in plugin land anything is possible. Linear Phase EQ is equalization that does not alter the phase relationship of the source— the phase is entirely linear.

The irony of Linear Phase EQs is that they were initially conceived because of an engineers desire to eliminate phase smearing, which was thought to be a negative byproduct of using analog hardware equalizers. Once software programmers were able to develop a Linear Phase EQ, they soon realized that there were new problems and artifacts to overcome.

Pre-ringing is a negative artifact commonly associate with using Linear Phase EQs which affects the initial transient. Instead of starting with a sharp transient there is a short but often audible crescendo in the waveform before the transient hits. Since it happens before the transient, it sounds very unmusical and displeasing. This affects the overall tonality of transients which people do not find desirable.

The next obvious question… When are you supposed to use one? What are they good for?

Well, that answer depends on the engineer you ask. There are a lot of engineers that that might tell you there is never a good reason to use a Linear Phase EQ. There were thousands and thousands of records made before plugins and Linear Phase EQs existed, and a lot of them sound pretty damn good. I can’t fault an engineer who doesn’t even bother with ever using one.

Other than never, there are a few scenarios where you might want to try a Linear Phase EQ. One of those is when boosting or cutting on sources that were multi mic’d. Since the phase relationships between each mic are so important, a Linear Phase EQ will make sure the phase conherence stays intact even with processing.

Another time you may want to pull out the ol’ Linear Phase EQ is when equalizing parallel tracks. When you have two of the same tracks, and you insert an equalizer the phase of when the signal will change when combined with the unprocessed channel. This may in fact, make it sound better and you may like it, or it may make it sound worse; in this case, you could try reaching for a Linear Phase EQ to retain the phase relationship while still being able to boost and cut frequencies on the parallel channel.

Related articles:
What the f*ck is 32 bit floating?
5 mixing mistakes that I used to make… and how to avoid them
Things I wish I learned sooner about audio engineering
The “your mixes sound bad in the car” phenomenon