In a Variable “Vari”-Mu design the gain is being controlled by a vacuum tube. The first types of compressors were Vari-Mu and were designed for use in broadcast. The need came from trying to level out inconsistent speech on the radio. Usually, going from a whisper to yelling would require an engineer to ride the fader live and human reflexes are only so fast. It wasn’t until later that the studio adopted the use of compressors.

The unique quality of Vari-Mu compressors is the ratio of the gain reduction is increased as you hit the unit harder; this is musically pleasing when you lay into it more aggressively. Vintage Variable-MU compressors are also great for saturation as the tubes, and large iron transformers all have unique qualities. Popular vintage Vari-Mu compressors include RCA BA-6A, Altec 436, UA-175. The most popular modern Vari-Mu is the Manley of the same name which is used very prominently in mastering studios across the world. 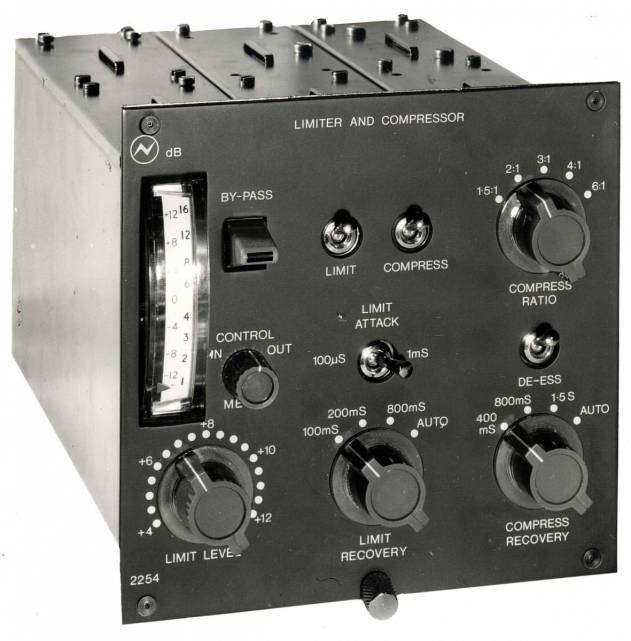 Diode bridges have been used in radio for automatic level control for a long time. Diode bridge audio compressors offer fully configurable parameters. Some compressors designed in the ’60s used this basic design, but you don’t see many used in modern compressors. Units that aren’t designed well can be noisy due to the low signal level allowed by the diodes.

Diode bridge circuits allow for the compression curves and the attack and release to be designed independently of the compression element. These compressors are tonally distinctive, because of the diodes harmonic distortion. These designs are flexible and can add a pleasant, colorful character.

Fun fact: The 33609 we have at Sabella Studios was incredibly taken from HBO studios when they decided to throw them all out and go digital.

I admittedly didn’t even know what a PWM compressor was before writing this article. Gregory Scott, a compression guru from Kush Audio, recommended I add a section on Pulse Width Modulator circuits. After a bit of research I found out the reason I had never heard of a PWM or used one, is because not that many that exist. According to Scott, “there are only a few because you truly have to be a rocket scientist to design one, aka Dave Hill or whatever geek at Pye did theirs.”

A Google search turned up an essay written by Dave Hill of Crane Song. In the essay, Dave explains that all compressor circuits have good and bad characteristics. He goes on to say, “in designing a compressor with as little artifacts as possible, the gain control choices are limited. PWM has been used in vintage compressors and also modern devices. If one takes that idea and uses the latest technology, it is possible to build a compressor with very little negative sonic artifacts.”

What is the difference between hard and soft knee?