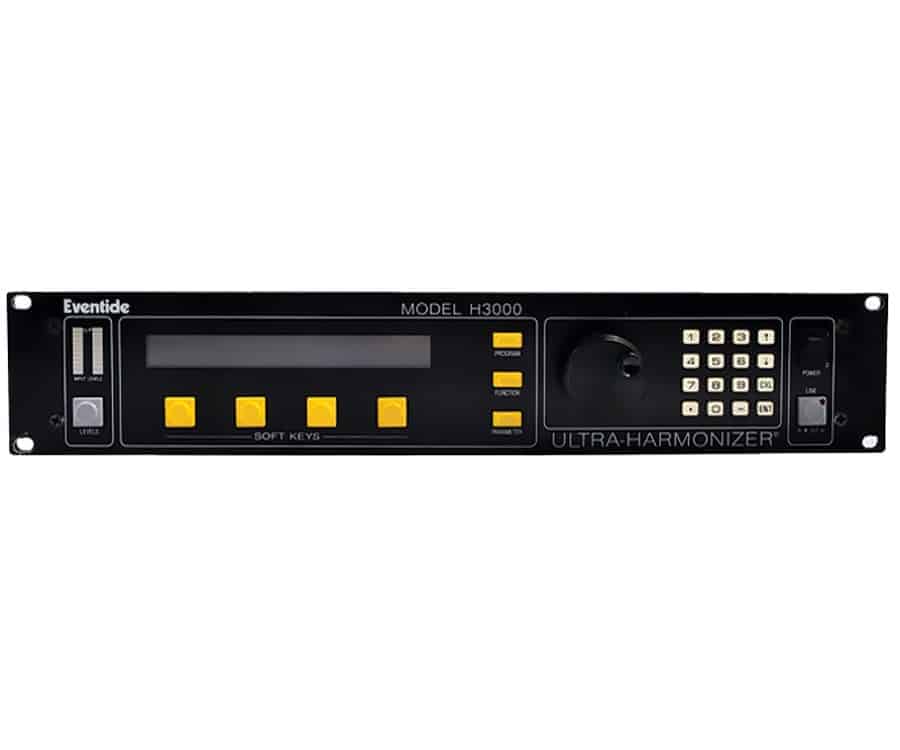 When one of the most influential and well regarded electronic musicians praises your effects unit as the best, it should hold some weight. Not only did Brian Eno love his Eventide H3000, but he loved it so much that he actually took the time to write to Eventide to congratulate them on designing it.

Eventide started in the basement of the Sound Exchange, a recording studio located in midtown Manhattan. Their control room wasn’t big enough to fit a tape op, so studio owner Steven Katz commissioned Richard Factor to create a device that would allow him to locate the tape to a specific time. Eventide was born.

In 1974 they developed the H910 Harmonizer, one of their most notable products, which was the first digital pitch shifting device.  From the H910, the H3000 would be born. Interestingly enough, the H910 Harmonizer was first used to speed up the dialog of older sitcoms, like I Love Lucy, without changing the pitch of the voice.

In 1986, Eventide released the H3000. But what makes it so special? Before this unit, if you wanted to speed up time, you also had to speed up the pitch. This one significant advancement inevitably leads to tools that are paramount to modern recordings, like Auto Tune, Melodyne, time stretching, etc.  I think to truly grasp the full magnitude, you have to consider the period during which it was released. Up until that time, every effect that anyone ever heard was produced through hardware. There were no plugins. The majority of the time, there was one piece of hardware that did one specific effect.

If you could design the most perfectly laid out effects unit with what seems like unlimited capabilities, the H3000 would be it. With only 7 buttons, a jog wheel, and a number pad, finding and altering your favorite presets is quick and easy for even the most novice engineer. The H3000 could not have been better received, and it wasn’t long before every studio had an H3000 in their rack. The H3000 was the first unit to offer true diatonic shifting or shifting that stays in key, but other features include*:

It’s over 30 years after the release, but the H3000 is still found in countless studios across the world. Through all the changes in technology, the unit and its effects not only hold up, but many would argue still surpass anything made in the modern era.

Eventide has given engineers a cheaper option– they released the H3000 plug-in for $350. I can’t vouch for how good it sounds or how it compares with the real unit, but you can download the demo here and try it for yourself.

Below are samples I’ve recorded of vocals going through our H3000: